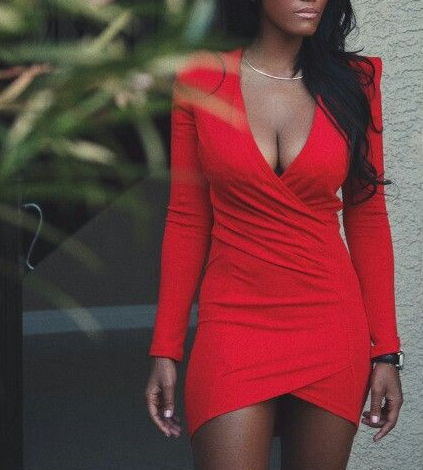 I have always prayed for a stable relationship. It’s been two years now and I have had smooth sailing with Chichi, my girlfriend. It was finally happening. A stable relationship at last! I was already planning my proposal, but I wouldn’t do it on Valentine’s Day. Everybody does that, and her birthday wasn’t an option either, too predictable. Besides, I’m not even a believer in the Valentine gospel. This year I’m glad it fell on a Sunday. We can all get in the holy Sabbath day mood and move on with our lives on Monday! Church.

It’s wasn’t a surprise to find so many people in the church with a touch of red here and there. Some guys went with a red tie, some, a red belt, some even went the all-time low with that red shoe. The ladies, on the other hand, seem to be easier on the eyes with red shoes, red bags, red this, red that. I couldn’t hold my laughter when the preacher asked how many selfies each lady had taken this week since prior to that he asked how many people they evangelized to during the week. Even though I was guilty of the evangelism part, it still felt good to have someone who also didn’t believe in the whole Val drama.

Two hours must have passed and the preacher was still at it. I checked my wristwatch, it was just half past ten. Wow! He had only used thirty minutes of his forty. I could have sworn he started two hours ago. I was now counting down the remaining ten. I kept looking here and there in a bid to stay awake. I caught a glimpse of this lady in red, with a black scarf. That’s a true believer I thought. Not too long after, we rose to pray. I couldn’t help but catch her full coke-like figure.

“Focus” I cautioned myself. “Eyes closed!” “Amen!” I chorused with the entire church as the preacher rounded up the prayers. I survived that.

We said the grace immediately after and it was over. As I made my way out of the auditorium, I felt a tap on my shoulder. “Emeka” I looked back and saw her standing all up in my face. “Toke?” I couldn’t believe my eyes. She was one of those friends you practically grew up with.

She was way different from what I remembered. She was really skinny back in the days. Now she had blossomed into this…this… this voluptuous creature. She just stood there and giggled. I continued to stare at her. Until she clapped in my face.

“What are you staring at? I will report you now.” She said with a flirtatious smile.

“Nothing!” a blatant lie. I noticed the pool of eyes staring at us as she swayed from left to right on her heels as we walked to the car park. For a brief moment, I felt like a champ and we reminisced on some of our childhood memories. She had left the country for her undergraduate studies with her family about five years ago. An occurrence that left me heartbroken. She was my secret crush but I never told her before she left without saying goodbye. She told me she was back for her NYSC programme after her dad insisted that she came back for it.

“So you were crushing on me back then?” She asked and continued “Well you know I had a crush on you too. I thought you didn’t see me that way you know” we laughed it off. Her house was 3 blocks away from mine so she told her driver she was going to hitch a ride with me.

Ten minutes later, we were at her gate. “I’ll come by your house later today to see your folks,” She said as she highlighted from the car. Well, it’s just me at home. They spend most of their time at the Ajah house now.” I responded.

I prepared breakfast and ate it quickly and dived into bed. The sleep that got cut short by church. I had to complete it. I was awakened by my Skype ring tone three hours later. It was Chichi. She was in the UK with her mum where they were shopping for a friend’s wedding. She told me about her day and asked to know how mine went. I told her how church went and how she interrupted my beautiful sleep. We spoke for two hours before saying our goodbyes. It was some minutes past five. I quickly went through my wardrobe to find something to wear to Toke’s house. A t-shirt and short would do. I grabbed my phone and was on my way.

“You’re early” She screamed as I walked in to catch her frying the last batch of plantain. “Of course I’m early. You offered food” She wore a grey tank top which could hardly hold in her ample cleavage and a high waisted denim shorts that seemed like it was trying really hard to hold her butt in. Damn she was sexy.

“Focus! Emeka, focus! We’re here for the food and gist.” She was right. It was like old times, the food was delicious. I’m not sure I’ve laughed this hard in months. Her sense of humour was intact as always.

She told me stories of her friends, school, numerous boyfriends and breakups. “What about you? How’s your love life?” She asked. I didn’t know if I wanted her asking such questions. For some strange reason, I felt she wasn’t going to be thrilled with my answer.

“Err…I have a girlfriend and we are yet to break up.” I answered in a bid to play down how serious we were. “Oh really! That’s lovely. I hope I get to meet her soon.” I quickly changed the topic to something else while we caught a movie on TV. After it ended, I checked the time. It was half past ten. I helped her with the dishes and told her I had to leave.

“Wish you could stay a while longer but I know there’s work tomorrow,” She said. “I could wait a few more minutes if you like.” “Nah. That would be insensitive of me. Besides you already made my day.” “Alright then,” I said. “I’ll see myself off. See ya!” “Come here,” she said stretching her arms wide and she gave me a warm embrace. I felt her cuddly body against mine. Damn! I wish I wasn’t in a relationship right now. She pulled me tighter and rubbed on my back then let me go. “Good night dear,” she said with a warm smile. “Good night” I shut the down behind me as I left. “Focus! Emeka focus!”
I pushed the door opened, entered and slammed it shut. She never left the spot. She just stood there, frozen as I approached her. I grabbed her by the nape and kissed her. She pulled me closer and whispered in my ear “Take me now” she said, “take me.”
Thank's for reading my article Story: Lady in Red – Part 1
Created at 2016-02-19

Back to posts
This post has no comments - be the first one! Story: Lady in Red – Part 1