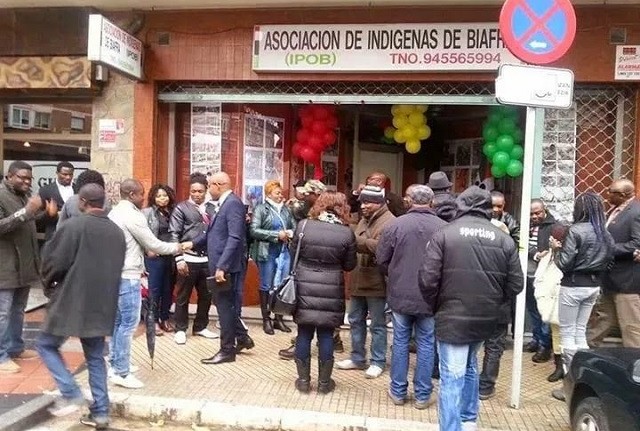 The Indigenous People of Biafra (IPOB), has on Tuesday, February 16, hinted reasons to President Muhammadu Buhari sacking of all the federal government owned Nigerian media executives.According to the directorate of IPOB, the media chiefs were all dismissed following their inability to comprehend the technological superiority of Radio Biafra. This was contained in a press statement issued to pressmen via e-mail on Tuesday by IPOB’s Coordinator of Coordinators, Dr. Clifford Iroanya.

Mr Iroanya insisted that after voting billions of dollars to these government media outfits to knock off Biafra Radio from the world wide air wave, Buhari was disappointed by the ineptitude and dismal performance of the various units mandated to do the knock off, Vanguard reports.

The statement entitled: “Nigeria’s media chiefs sacked because of inability to stop Radio Biafra”, reads: In several occasions, these organizations boasted that they have effectively neutralized Radio Biafra and went to town partying for their phantom success. To their chagrin, Radio Biafra continued to broadcast to the entire humanity with more devastating and damaging evidences of structural deficiencies inherent in the British concoction called Nigeria”.“Radio Biafra has been able to raise the consciousness of Biafrans as well as the International Community on the plight of Biafrans and provided incontrovertible evidence that Biafra consists of the present- day South-East, South-South (except Edo state), Igala in Kogi state, and Idoma in Benue state. The “divide-and-rule” strategy fashioned against Biafrans by the British and their Hausa-Fulani and Yoruba accomplices were effectively deconstructed and destroyed by the superior evidence, logic, and research undertaken by the Editorial Board of Radio Biafra”. “Furthermore, Radio Biafra was used and is still being used as a rallying point for Biafrans all over the world including those residing in various parts of Nigeria. Through the efforts and instrumentality of Radio Biafra, every Biafran has truly identified himself or herself as a Biafran and recognizes the supremacy of Chukwu Okike Abiama (God the Creator) in all things”. “Radio Biafra was able to remove the scales of deceit planted by Yoruba-based Pentecostal Churches and their criminal tithing obsessions with which they cart away billions of Naira every week from Biafrans in Biafranland and elsewhere in the world. Finally, Radio Biafra imparted into Biafrans, the unquenchable, unstoppable, irreversible, and irresistible quest for the restoration of the Nation of Biafra”. “Considering these and many more monumental achievements of Radio Biafra and how hopelessly and helplessly these Nigeria’s major Media Outfits were, Buhari was left with no other option than to sack the Media Chiefs. Therefore, their sack is an empirical evidence that Radio Biafra has won the media war”.

Bear in mind, President Buhari had announced the removal of the media chiefs, comprising Mr. Sola Omole of the Nigerian television Authority, NTA; Ladan Salihu of the Federal Radio Corporation of Nigeria, FRCN; Sam Worlu of the Voice of Nigeria, VON; Mike Omeri of the National Orientation Agency, NOA; Emeka Mba of the National Broadcasting Commission, NBC and Ima Niboro of the News Agency of Nigeria, NAN.
Thank's for reading my article Buhari Fired Nigeria’s Media Chiefs For Failure To Stop Radio Biafra – IPOB
Created at 2016-02-17

Back to posts
This post has no comments - be the first one! Buhari Fired Nigeria’s Media Chiefs For Failure To Stop Radio Biafra – IPOB