Tweakware Mod.v1.6 Integrated With Psiphon Handler For Free Browsing
Home » All » Free browsing tricks » ‘APC Should Take Over INEC And Other Institutions’ – Oyegun

‘APC Should Take Over INEC And Other Institutions’ – Oyegun 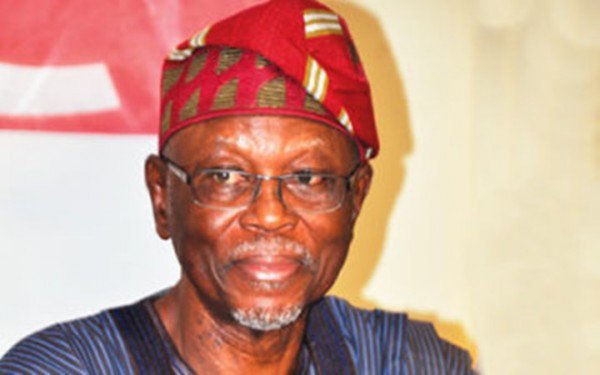 The ruling All Progressives Congress (APC) yesterday said heads of agencies and parastatals appointed by former President Goodluck Jonathan are sabotaging President Muhammadu Buhari. The party’s national chairman, Chief John Odigie-Oyegun said this in an interview with State House correspondents yesterday shortly after the leaders of the party met Buhari at the Aso Rock Presidential Villa in Abuja. President Buhari had Monday sacked heads of 26 agencies and parastatals appointed by his predecessor. Oyegun said that internal sabotage was going on in many federal agencies currently headed by members of the People’s Democratic Party (PDP). He also alleged that sabotage was happening in the Independent National Electoral Commission (INEC) and other government institutions at the moment; the situation, he said, has been of concern to the APC. Oyegun said APC members that would be appointed into those agencies and parastatals should be people who believe in the change agenda of the incumbent administration. “APC members are not concerned about the positions; we are concerned about the internal sabotage that is going on in a lot of the PDP-filled positions which are critical to our national growth and development. It is happening in INEC, it is happening in a lot of other institutions. “And that is what the concern of the party is, not necessarily taking over. We should take over and they should be people who believe in the change agenda, we have no apologies for that at all,” the APC chairman said.
Thank's for reading my article ‘APC Should Take Over INEC And Other Institutions’ – Oyegun
Created at 2016-02-17

Back to posts
This post has no comments - be the first one! ‘APC Should Take Over INEC And Other Institutions’ – Oyegun